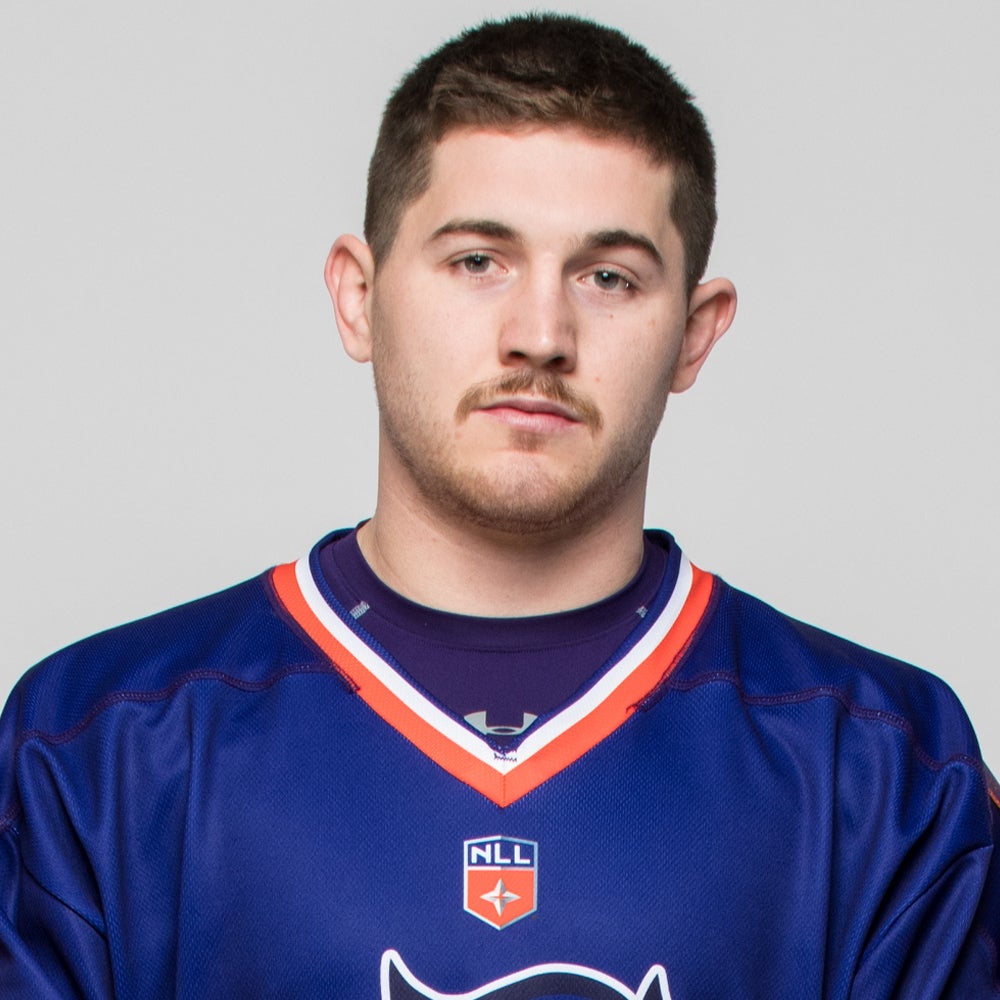 Entering his third season in the NLL and third with the franchise...After completing his second season with the franchise he was third on the team’s all-time faceoff wins list (554), was named the 2018-19 winner of the Knighthawks’ Wolf Pack Award,which recognizes heart and dedication to the team, led the NLL in faceoff winning percentage (.749), was second in wins (275) and was fourth in the league in loose balls (166)… He was named a road alternate captain on March 11, 2019… He was named the 2017-18 NLL Rookie of the Year and an NLL All-Rookie Team selection… He set the team playoff records with 56 loose balls and 88 faceoff wins, collected a team NLL Finals record 20 loose balls on 6/9/18 in Game Three… He was the team's 2017-18 Rookie of the Year and His 279 faceoff wins were an NLL rookie faceoff record and a team single-season mark… In 2017-18, he led the NLL in faceoff wins and faceoff winning percentage (.670) to become the first rookie in league history to have the best faceoff percentage (minimum of 200 faceoffs won)… He played his collegiate lacrosse at Ohio State University where he served as a team captain in 2017... He wass named a 2017 Second Team All-American as a faceoff specialist, was a four-time Ohio State Scholar-Athlete, a 2017 USILA Scholar All-American and was a Big Ten Specialist of the Year in back-to-back seasons (2016-17)… Became only the second Buckeye in program history to pick up 200 ground balls… In 2017, he ranked fourth in the NCAA and first in the Big Ten in faceoff winning percentage (.647) and was seventh nationally with 7.6 ground balls per game…In 2016, he led the Big Ten in faceoff winning percentage (.607) and ground balls per game (7.27), ranking in the Top 12 in the NCAA in both categories... He received team’s Bice Unsung Hero Award and was named to 2014 ECAC All-Rookie Team…Prior to college he played five seasons with the Junior “A” Peterborough Lakers, posting 29 goals and 78 points in 90 games... He has also, played parts of three seasons with the Senior “A” Lakers where he won the 2017 Mann Cup… He has won a silver medal with Team Canada at the 2018 FIL World Lacrosse Championship.