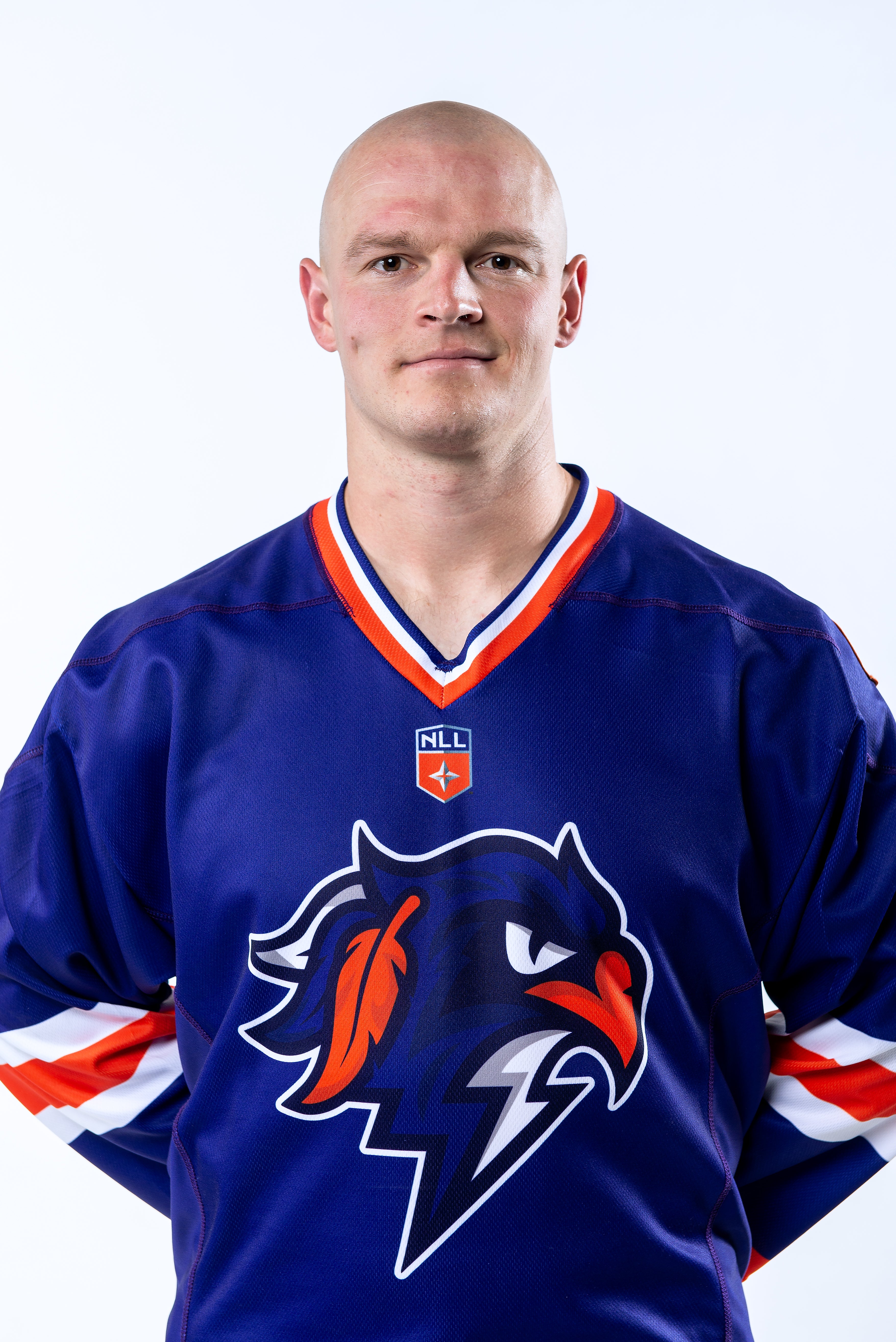 Completed his fifth season in the NLL and fifth with the franchise… Played in all 12 games in the regular season notching 9 goals and 9 assists and securing the second most loose balls on the team (106)… Alternate captain for the 2019-20 and 2018-19 season… Has won three straight team Defensive MVP honors (2017-19)… Named the 2018-19 team MVP… In 2018-19, he was fifth in the NLL in loose balls (164) and tied for eighth in caused turnovers (25)… Third in points among league defensemen with 24… Posted career highs in goals (eight), assists (16), points (24) and loose balls (164)… Collected his 500th loose ball on 4/6/19… Notched his second straight three-point effort on 3/23/19… Tied his career highs with two goals and three points on 3/16/19… Selected as a member of the Knighthawks’ All-Time Team… Named the NLL Defensive Player of the Year and a First Team All-Pro in 2017-18… Finished second in the NLL and second on the team with 50 loose balls during the postseason… Established career highs in goals (seven), assists (seven), points (14) and loose balls (163)… Tied for the NLL lead in caused turnovers (34) and third in loose balls… Collected career-high 15 loose balls on 2/11/18… Tied his career high with two goals as part of a career-best three-point effort on 2/3/18… Finalist for 2017 NLL Defensive Player of the Year… Named a 2017 NLL Second Team All-Pro… Led the Knighthawks with 215 loose balls… Caused a team-best 29 turnovers… Scored the empty- net game-winning goal to beat Georgia on 4/29/17; he scored two goals to tie his single-game best… In 2016, he became the first Knighthawk since 2012 to be named to the NLL All-Rookie Team… Received the Knighthawks 2016 Rookie of the Year award… Finished second in the NLL in loose balls among rookies with 91… Scored a pair of goals in his pro debut on 1/9/16… In 2015, he became the first player from Lindenwood University to be selected as a First Team All-American… He earned ECAC Specialist of the Year honors in 2014 and 2015… Named First Team All-ECAC three times (2013-15)… Named Team MVP in 2013 and 2014… Concluded his four-year college career with 33 goals, 18 assists, 51 points, 452 ground balls and 145 caused turnovers… In 2015, he was recognized as a Division II All-American by Lacrosse Magazine… Finished third in Division II lacrosse in ground balls per game with 8.50, and second in total ground balls with 153… Won the ECAC Specialist of the Week award four separate times… Was sixth in the country in caused turnovers per game with 2.33... He also contributed offensively with a career-high 16 goals, which included two game-winners… His OT winner against Seton Hill clinched Lindenwood's first men's lacrosse victory over that school since joining the NCAA… He also registered an astounding .833 shots-on-goal percentage… In 2014, he won the first of two ECAC Specialist of the Year awards… Earned First Team All-ECAC, Team MVP and Defensive MVP honors… Named the ECAC Specialist of the Week three times during the season… Led the team with 90 ground balls and 41 caused turnovers… Finished first in Division II with 3.42 caused turnovers

a game, and was sixth with 7.50 ground balls per contest… Also recorded two goals and six assists… Named to the ECAC All- Academic team… In 2013, he was named First Team All-ECAC and Team MVP… Scored nine goals to go along with three assists... Led the team and conference with 115 ground balls... Caused a team-high 37 turnovers… Named to the ECAC All- Academic team… In 2012, he earned First Team All-WILA honors as the top long-stick midfielder in the conference... Was voted the Team Defensive Player of the Year as well as the Team Rookie of the Year… Led the team and the league in ground balls with 94... Ranked first on the team with 25 caused turnovers... At the junior level, he won Minto Cups in 2011 and 2013 with the Whitby Warriors… In 2012 he was named a Second Team All-Star and in 2013 he earned First Team honors… Won a silver medal with Team Canada at the 2018 FIL World Lacrosse Championship and was named to the All-World Team.