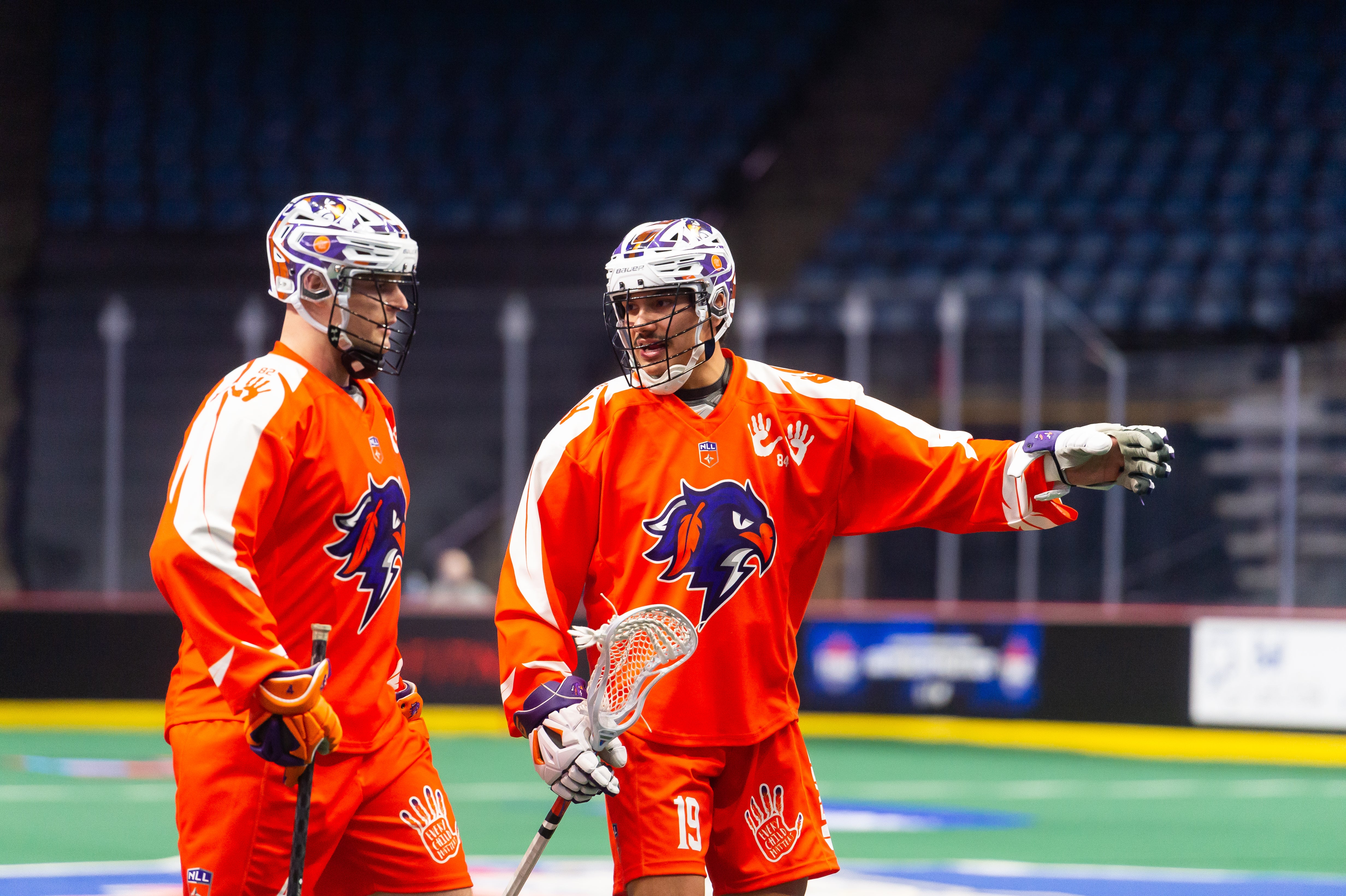 Thunderbirds Improve to 3-0, Outlasting the Rock in Overtime Slugfest

Playing in his first full game of the season, Austin Shanks was a man on a mission. He led the team with eight points (5G, 3A), his fifth of the night forcing overtime.

The first quarter started with Shanks and Chris Boushy netting four goals, Shanks with the lion’s share. The Rock saw goals from Dan Craig and Chris Weier, but the first frame saw the Thunderbirds up 4-2.

In the second quarter, both clubs netted four goals. Challen Rogers strong game kicked off the scoring with a power play goal, but Leblanc’s first started a three-goal run for the Thunderbirds. Unfortunately, the Rock went on a three-goal run of their own. Eric Fannell had the final word of the half as he streaked off the bench, received a pass from Ryan Terefenko making his NLL debut, and scored the transition goal. Both teams went to the locker rooms, the Thunderbirds still with the two-goal lead, 8-6.

Boushy opened the second half’s scoring, but another three-goal Rock run tied up the game at nine goals apiece. Boushy bookended the quarter, also scoring his off the bench. The third frame ended with the Thunderbirds up 10-9.

A quick trade of goals to start the fourth kept a little distance for the Rock, but back-to-back goals for Zach Manns gave the home team their first lead of the night. Shanks would tie it up at 12, then Dan Dawson, becoming the second player in NLL history to play in 300 games, earned his second point with a goal, taking sole possession for second-most points in league history.

Shanks refused to let history dictate the game, however, and his fifth tally of the night sent this game to overtime. It was a back-and-forth battle of free lacrosse, but nearly nine minutes in, Leblanc ran a circuit towards the right side, whipping the ball past Rock goalie Troy Holowchuk for the game-winner.

Clarke Petterson (6A) and Leblanc (3G, 3A) were behind Shanks in points for the Thunderbirds. In his first NLL game, Connor Watson finished with five points (2G, 3A), his first chasing starting Rock netminder Nick Rose from his post. Warren Hill finished the night with 52 saves, an 11.33 GAA, and an .800 Sv%.

The Thunderbirds Jan. 22 contest against the Buffalo Bandits (4-0) was postponed. Their next contest will be against the Albany FireWolves (2-2) at MVP Arena on Saturday, Jan. 29. Face-off is set for 9:00 p.m. AT.