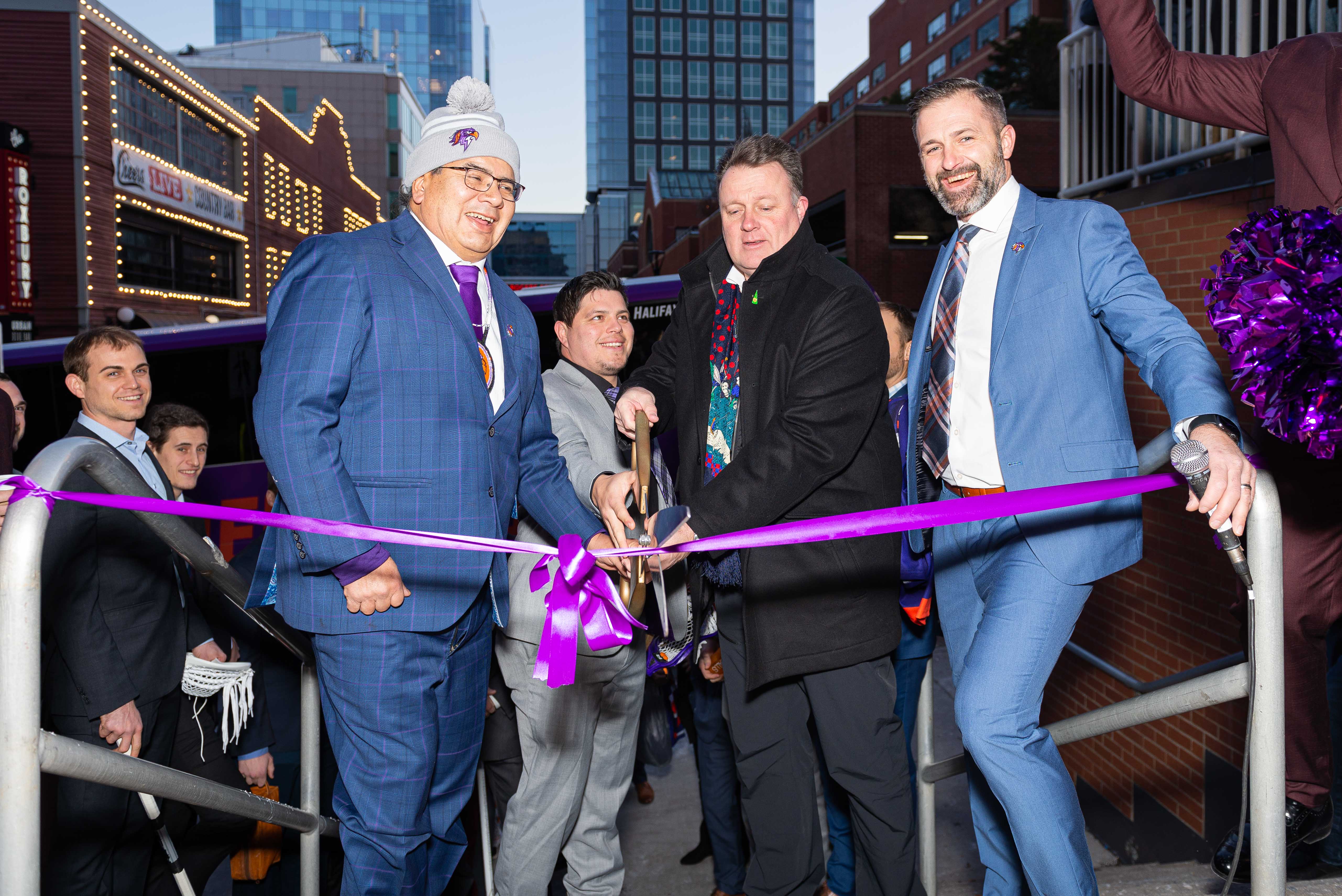 Halifax, Nova Scotia - The Halifax Thunderbirds dominated in fashion at the Scotiabank Centre as they took the turf for the first time officially in their new home beating the New York Riptide 12-4. You could feel it as soon as you stepped into the arena - the adrenaline and the excitement. Just as the voices boomed and the crowd erupted, a quiet hush fell over the room as the lights dimmed and the GLOW show began; telling the story of the Thunderbirds journey to Halifax. Traditional dancers and singers hit the turf to perform, followed by the Halifax Thunderbirds Dance Team.  Afterwards it was game on.

Just a mere ten seconds in, Jake Withers scored the first ever goal in franchise history sending the crowd into an absolute frenzy and setting the tone for what was to come. Brad Gillies threw a lengthy pass to Austin Shanks who secured the second goal of the game with a beautiful short side finish.  Eric Fannell followed suit on the receiving end of pass by Ryan Benesch. Captain Cody Jamieson assisted Mike Burke on the fifth goal, keeping the New York Riptide on their toes. As we entered the second period, New York’s Tyson Gibson collected their first goal of the game and first in franchise history. Shortly after Kyle Jackson finessed a goal into the back of the net to keep the Thunderbirds soaring high above the competition. The crowd couldn’t get enough of the fast-paced direction the game was taking, making sure to ramp up their cheering each and every time the Thunderbirds scored. Coming into the third quarter at 9-2 in Halifax’s favour, New York slipped in a third goal making it the only goal of the quarter. Thunderbird’s defenseman Cory Becker scored his first ever National Lacrosse League goal as he helped secure Halifax’s tenth goal.  Later in the fourth quarter Stephen Keogh helped notch two quick goals to cap off the night.

Warren Hill was spectacular in net. Split saves, toes saves, Hill was able to do it all as he saved 40 of the 44 shots that he saw. Jake Withers dominated the faceoffs going 16-18 from the x. Graeme Hossack and Withers led the team in loose balls with 8 each. Hill took home the first star of the game, followed by Shanks and Withers.

“It felt awesome out there, we came out hot, we came out ready, there was a lot of excitement coming for this game, so we came ready to go right from the first whistle.” said Thunderbirds newly minted Captain, Cody Jamieson.

This was a monumental night for the Thunderbirds, dominating their first win in the league and starting off their season strong. Seeing the team come together for the home opener was special, but we know it couldn't have happened without an amazing crowd standing behind them. So thank you Halifax, for a truly memorable night.

We’ll see you on December 21st as we take on the Rochester Knighthawks. Tickets can be purchased by visiting TicketAtlantic.com, or by visiting the Scotiabank Centre Box Office, or at any participating Atlantic Superstore location.