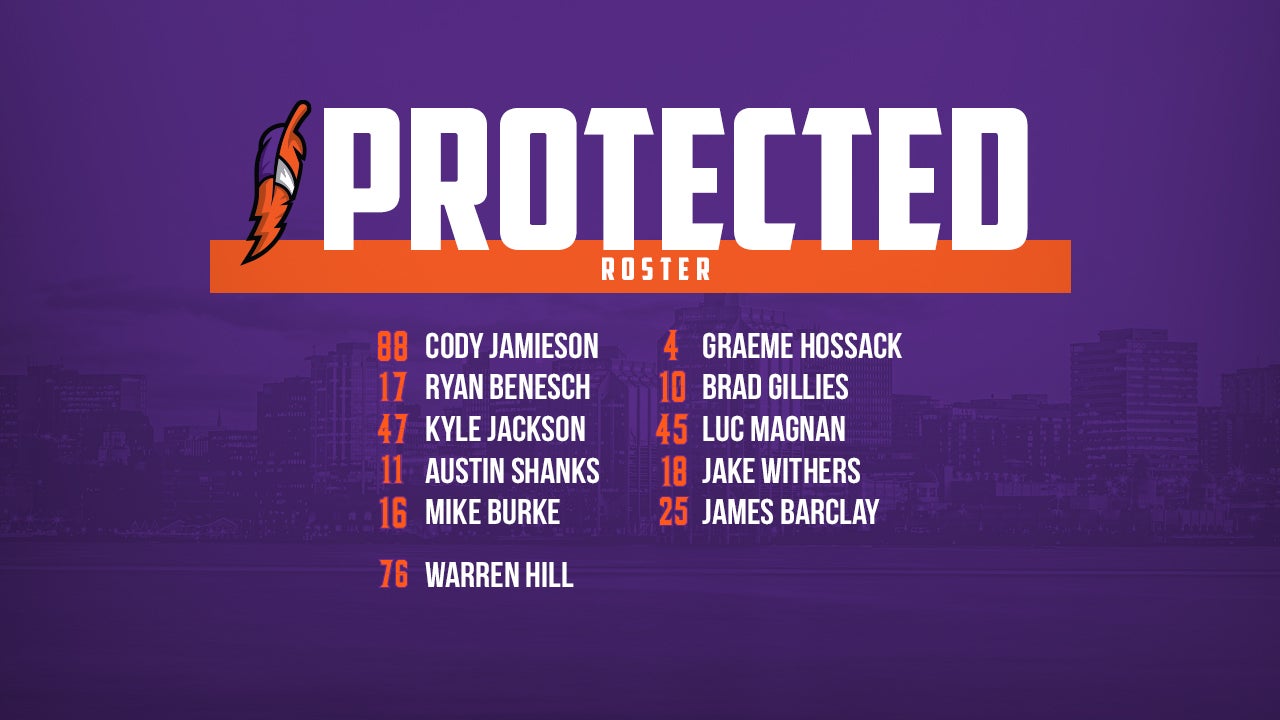 Halifax, NS - The Halifax Thunderbirds announced their protected players list today prior to the 2019 National Lacrosse League Expansion Draft. Teams may only protect a maximum of five offensive runners. The Thunderbirds elected to protect one goalie and 10 runners instead of 11 runners.

Completed his fourth season in the NLL and fourth with the Knighthawks… Has won the team’s community service award the past three seasons (2017-19)… Scored his first professional hat trick in his playoff debut on 5/4/18… Had a breakout season, registering career highs in assists (11) and points (19).

Completed his third season in the NLL and third with the Knighthawks… Tied for the team lead in goals (30) and was second in points (63)… Notched the 100th assist of his career on 4/20/19… Named an alternate captain on 3/11/19… Tied for third on the team with nine playoff assists… Scored two goals and added one assist in his playoff debut on 5/4/18… One of only three Rochester players to record a point in all 18 games.

Completed his fourth season in the NLL and fourth with the Knighthawks… Finished third on the team with a career-high 108 loose balls… Tied his career high with two goals… Named a road alternate captain on March 11, 2019… Recorded points in four of the team’s five playoff games… Posted two assists his playoff debut on 5/4/18.

Completed his second season in the NLL and second with the Knighthawks… Finished third on the team in goals (23) and points (48)… Posted a career-high seven goals and eight points on 1/26/19… Named to the NLL All-Rookie Team… In the postseason, he was tied for third in the NLL in goals (11) and fourth in points (18)… Scored four goals in his NLL playoff debut on 5/4/18.

Completed his second season in the NLL and second with the Knighthawks… Third on the team’s all-time faceoff wins list (554)… Named the 2018-19 winner of the Knighthawks’ Wolf Pack Award, which recognizes heart and dedication to the team… Led the NLL in faceoff winning percentage (.749) and was second in wins (275)… Fourth in the league in loose balls (166)… Posted the first two-goal game of his career on 3/31/19… Named a road alternate captain on March 11, 2019… Won a franchise-record 29 faceoffs on 3/15/19… Named the 2017-18 NLL Rookie of the Year and an NLL All-Rookie Team selection.