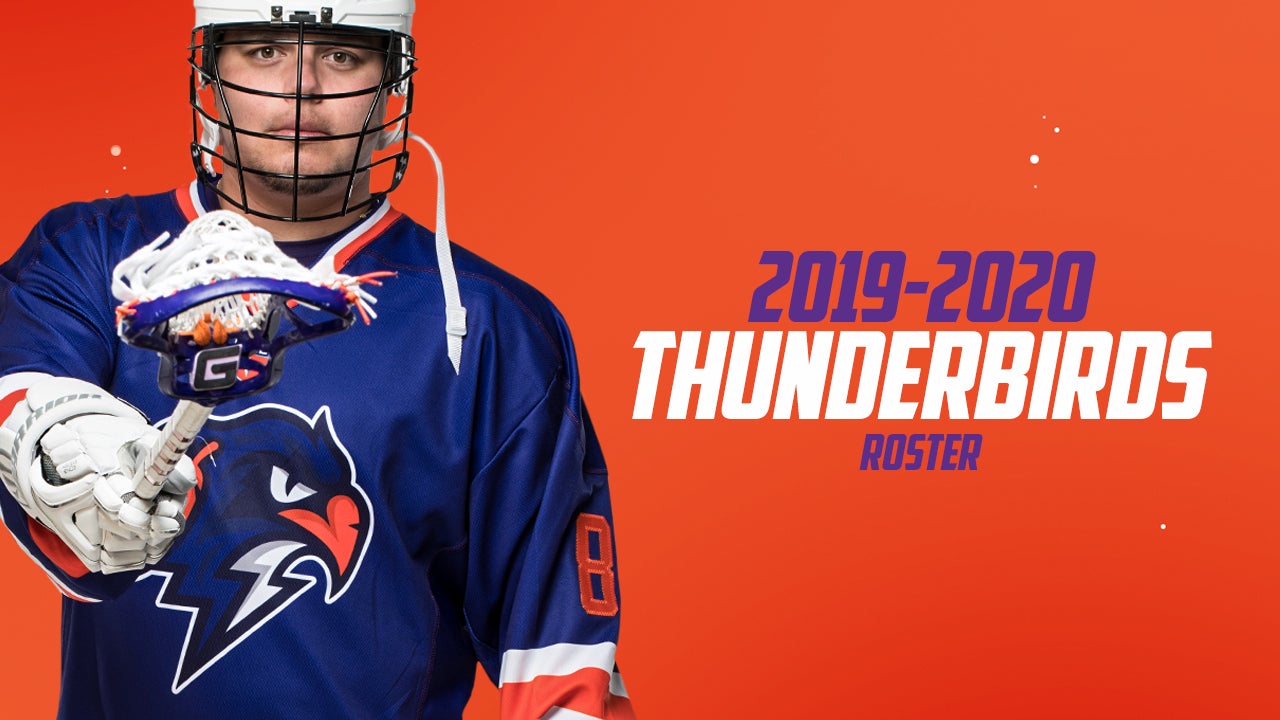 Halifax, Nova Scotia - The Halifax Thunderbirds announced today the team’s 21-man roster and practice squad for the 2019-20 season. The roster is highlighted by veteran leadership and an athletic, young core.

“We had a really tough and competitive camp, ending with an amazing experience at the Scotiabank Centre on Friday night,” said Head Coach Mike Accursi.  “There were lots of tough decisions, but we feel the mix of guys on our roster will provide us with the best chance to win game in and game out.”

The 2019-20 roster will see the return of Thunderbirds veterans Cody Jamieson, Scott Campbell, Ryan Benesch and Graeme Hossack, along with Jake Withers, who continued to dominate at the X last season. Also making the team are Clarke Petterson, Trevor Smyth and Nonkon Thompson, some of Halifax’s selections in the 2019 NLL Entry Draft.

The roster breakdown is below, and a full roster is attached.