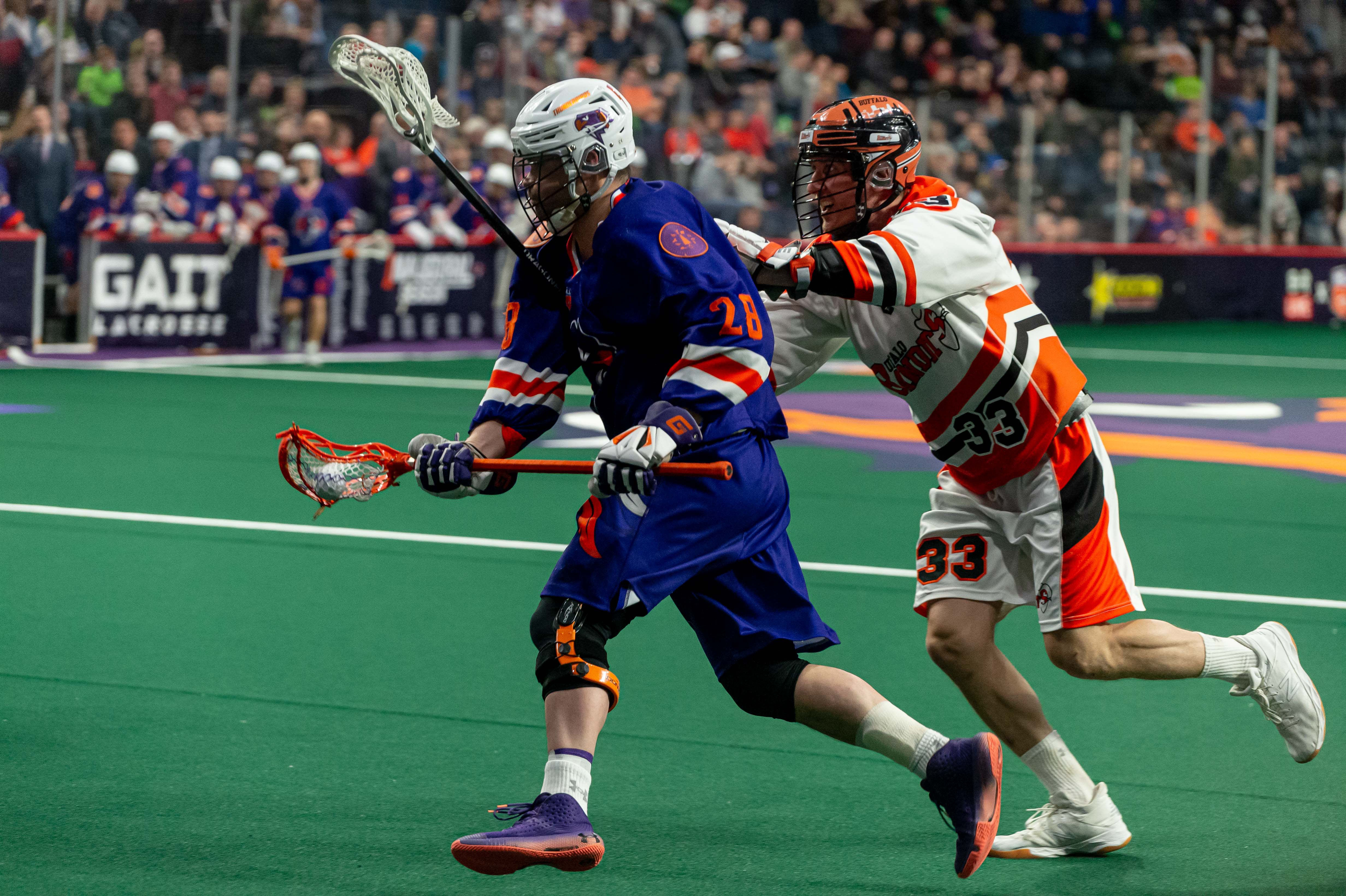 After falling to the Bandits last week in Buffalo, the Thunderbirds bounce back today collecting an 11–9 win in Halifax.

The keys for Halifax were the same as they always are: start strong, possess the ball, and play a full 60 minutes. In this afternoon’s matinee, the Thunderbirds executed all of those perfectly. Opening the game with quick shots on net, the offense tested Buffalo Goaltender Matt Vinc early on.

It didn’t take long for Stephen Keogh to sneak one in, opening the scoring a little over 2 minutes in as a result of excellent ball movement and sharp decision making. Kyle Jackson tacked on another goal with 4:17 left in the 1st, tallying his 100th career goal. The captain Cody Jamieson followed up 22 seconds later, making the game 3–1.

The Bandits capitalized on a Power Play with just 4.1 seconds remaining in the first, making it a one goal game heading into the second quarter of play.

Warren Hill continued to amaze, shutting down nearly everything thrown his way whether it be from range or in close. Cody Jamieson picked up his 3rd assist of the game just 20 minutes in as he found Stephen Keogh on the crease for his 2nd goal, stretching the lead to 4–2.

Buffalo answered with a shorthanded goal as Ian MacKay put one past Hill in transition, but the lead would only sit at 1 for a brief time. Jamieson fought his way through and beat Vinc at the 5:32 mark, but Buffalo would respond right away. Justin Martin scored off the faceoff only 8 seconds later.

Head Coach Mike Accursi implemented a great game plan and it was working early on. “We have to have consistency on offense. We have to control the tempo of the game and right now we are,” he stated as the 1st quarter winded down.

The assists kept coming for Cody Jamieson, however, and he found the dangerous Graeme Hossack to stretch the lead back to 2. Warren Hill proved why he is named the King of the Hill and the Nest Defender, denying everything the Bandits tried. Transition chances, behind the back shots, and Power Play opportunities; it did not matter. Hill denied them all, carrying a 6–4 lead into the half.

“We are playing with some great intensity,” said Scott Campbell heading into halftime. “We’re winning at half which is always a bonus, and we just have to keep chipping away on offense.”

Warren Hill opened the 3rd quarter right where he left off, making acrobatic saves. Penalties by the Thunderbird defense gave the Bandits better scoring chances, and the lethal Chris Cloutier capitalized on a rebound after Hill shut down two back to back shots to bring Buffalo back within 1.

Another Halifax penalty opened the door for the Buffalo offense again, but Hill said “No,” stopping two shots right on the doorstep. One the other end of the field, the Bandit defense found themselves on the wrong end of a 5 vs. 3 Power Play, and the rookie phenom Clarke Petterson found the back of the net after some precise ball movement.

Ian MacKay scored another transition goal for the Bandits with 1 minute remaining in the 3rd, and Scott Campbell took another penalty for Halifax as the quarter came to an end.

A mere 41 seconds into the 4th, Chase Fraser fired a shot that beat Hill, knotting the game up at 7, continuing to prove that penalties are the Achilles Heel for Halifax.

Kyle Jackson responded for the Thunderbirds, scoring his 2nd goal of the day with 12:53 left in the game, and Warren Hill kept the score even, denying two transition shots by Buffalo. Another penalty on Halifax gave the Bandits the chance to tie the game again, and Fraser scored another, making the game 8–8 with 8 minutes remaining.

Two more Halifax penalties would occur, and Hill shut down the first one with help from Trevor Smyth and Nonkon Thompson locking down the Bandit attack. The second Power Play for Buffalo, however, was successful and Corey Small gave Buffalo the lead for the first time today with 1:59 remaining.

When the game is on the line, possessing the ball is everything. That is why having Jake Withers at the faceoff X is so important for the Thunderbirds. Withers had a dominant day, and providing one of the sport’s most dangerous shooters the chance to even the game. Cody Jamieson fired a shot past Vinc to tie the game at 9; 1 minute and 39 seconds left on the clock.

The captain was not finished putting points on the board, and just 30 seconds later a perfect pass to Petterson brought the game back in Thunderbird control, 10–9.

The Bandits pulled their goalie to get the extra attacker, but the Halifax defense was up to the task. Shots were deflected by the defense and saved by Hill, and a loose ball recovered by Hossack led to the ‘nail in the coffin’ goal with 14 seconds left.

Halifax would win the game 11–9. A bounce back victory after dropping two games on the road last weekend, this game gives Halifax the season series win over Buffalo. With Calgary knocking off Toronto this afternoon, as well, the Thunderbirds now move back into first in the North Division.

“No matter what game it is, if we’re up or down, we’re confident in the later stages of the game so we can push it to another level when other teams start to wear out,” said Player of the Game Cody Jamieson postgame. “It’s been a focus of ours to start the game better. We are confident in the 3rd and 4th quarter so we have to come out better in the 1st and 2nd quarter.”

The Thunderbirds now have a 3-game road stretch coming up, heading back to Rochester for the first time since relocating. That game will certainly be a battle, as all divisional games are. The next home game for Halifax is not until April 18th, when Philadelphia Wings come to town.