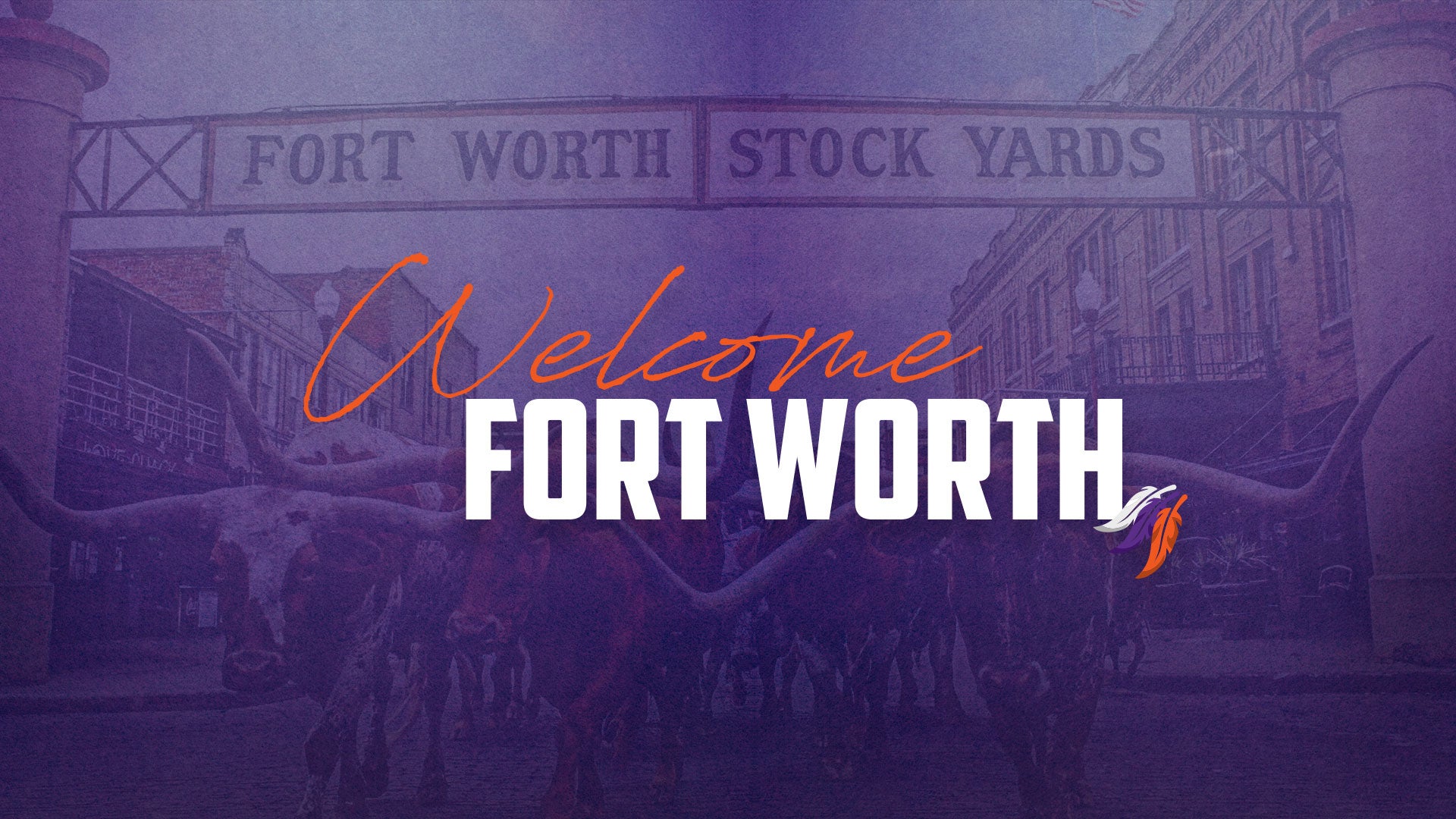 (Philadelphia, PA and Fort Worth, Texas, July 22, 2020) - The National Lacrosse League, the longest running and most successful professional lacrosse league in the world, today announced that their 14th franchise has been awarded to Fort Worth, Texas.

“I am excited to welcome the Fort Worth Franchise to the league,” said Thunderbirds Owner and General Manager Curt Styres.  “It is exciting to see the growth of the league and expansion into Texas, and we look forward to the NLL in Texas.”

Bill Cameron will be the majority owner while Greg Bibb will serve as Managing Partner of the yet to be named team.  Cameron is CEO and Chairman of the Board of Cameron Enterprises, partial owner and board member of the NBA’s Oklahoma City Thunder, and lead owner and chairman of the Dallas Wings of the WNBA, while Bibb is Chief Executive Officer and Partner of the WNBA’s Dallas Wings.  The Fort Worth team will begin play at the new Dickies Arena in Fort Worth in the 2021-22 season. It is the first time the NLL has expanded into the State of Texas in its 34-year history.

“Today is an exciting day for the National Lacrosse League as we add the Fort Worth franchise to the league,” said Thunderbirds President and CEO John Catalano.  “This is all part of a long-term plan for the NLL and shows how much the league is growing. I'm excited to see what's next for the league and the growth of lacrosse in the state of Texas.”

“We welcome Fort Worth as our 14th team and are excited to be working with a first-class organization led by Bill Cameron, Greg Bibb and the leadership at Dickies Arena, one of the premier state-of-the art facilities in the United States,” NLL Commissioner Nick Sakiewicz said. “Greg’s accomplishments with the WNBA’s Dallas Wings, one of the greatest business success stories in professional sports in North America, and a Fort Worth fan base who craves what we provide -- fun-filled nonstop action -- will make this franchise a must see and must follow, not only for fans in the area around Fort Worth, but for the global sports business community, and all those with a passion for lacrosse. All the pieces we look for in a new partner are in place and we have already begun assisting with the ramp up to the opener 18 months from now.”

“As we look to expand our sports business portfolio the National Lacrosse League, and the model Nick and his team have created in the past few years, is a perfect fit,” Bibb said. “We wanted a growing sport that is on the rise and that fans can engage with, not just at the arena but at the grassroots level, and one that understands the value of the digital native fans and how brands can engage in these fluid times. The NLL checked all those boxes, and we can’t wait to bring this new franchise to the fans in greater Fort Worth.”

The franchise will play its games at Dickies Arena in Fort Worth. The 14,000-seat arena opened its doors in November of 2019, which is managed by Trail Drive Management Corp. (TDMC), a 501C-3 not-for-profit, and is home to the Fort Worth Stock Show rodeo performances.

“Dickies Arena is excited to add the NLL to its event list,” said TDMC’s Matt Homan, President and General Manager of Dickies Arena. “We believe there is a solid ownership team along with the strength of the NLL. We are looking forward to working with Bill and Greg’s team locally to make sure that the Fort Worth community has a long term franchise.”

Dickies Arena is scheduled to host the American Athletic Conference men's and women’s basketball championships, and the 2022 NCAA Division I Men's Basketball Tournament as well as a wide range of concerts, family shows, and is the new home to the Fort Worth Stock Show rodeo performances.

“Fort Worth is a world-class sports destination and we are excited to welcome the National Lacrosse League franchise to our community and our spectacular new Dickies Arena,” added Jason Sands, Director, Fort Worth Sports Commission.

The Fort Worth team name, logo, and colors will be announced later this year.

NLL Fort Worth follows the successful expansion of the league in 2018 into Long Island, New York with the New York Riptide and Halifax, Nova Scotia with the Halifax Thunderbirds, who relocated from Rochester, New York and were replaced in Rochester by a new Knighthawks team owned by Pegula Sports and Entertainment. Those teams began play in the 2019-2020 season that was shortened due to COVID-19.

Dates for the 2020 NLL Draft and other key information regarding the start of the 35th NLL season will be announced later this year.

Thunderbirds season Ticket Member packages are on sale for the 2020-21 season. Call or text the Halifax Thunderbirds Ticketing Department at 902-334-2333. Fans can also email [email protected] for customer support.