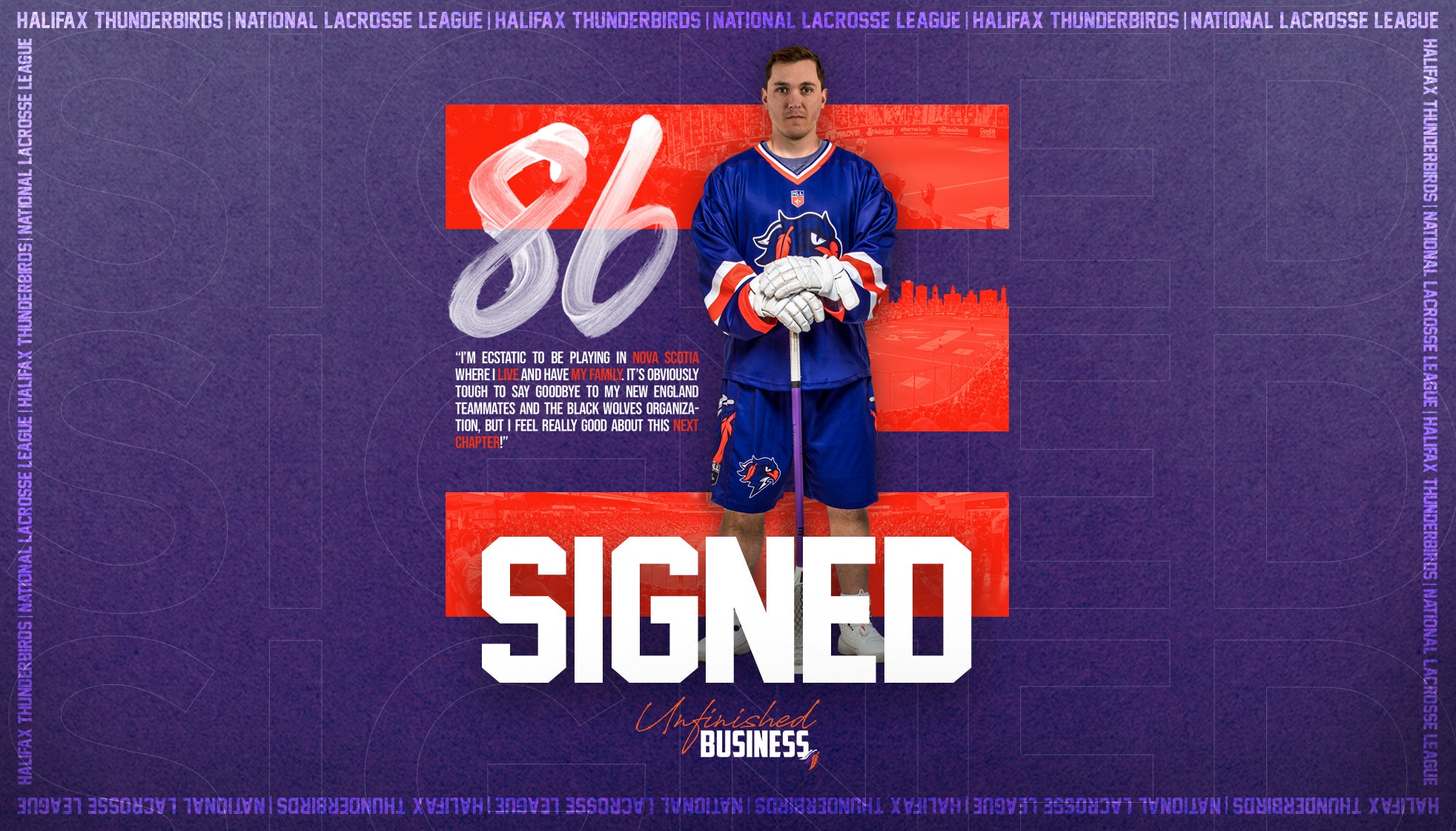 "I’m ecstatic to be playing in Nova Scotia where I live and have my family; it’s obviously tough to say goodbye to my New England teammates and the Black Wolves organization but I feel really good about this next chapter," said Leblanc.

“The addition of Steph Leblanc to the Thunderbirds will make our left side one of the best in the NLL," said Owner and GM Curt Styres.  "His experience in the NLL will take us closer to our goal. The Halifax Thunderbirds are excited to have Steph Leblanc on our side of the floor after battling against him since Jr. A."

"Steph has been an elite scorer in the NLL for a long time," said Head Coach Mike Accursi.  "He is an extremely smart player with fantastic floor vision. His offensive pedigree and work ethic is exactly the type of player we want representing the Thunderbirds. I’m excited to see him work with our already potent left side."