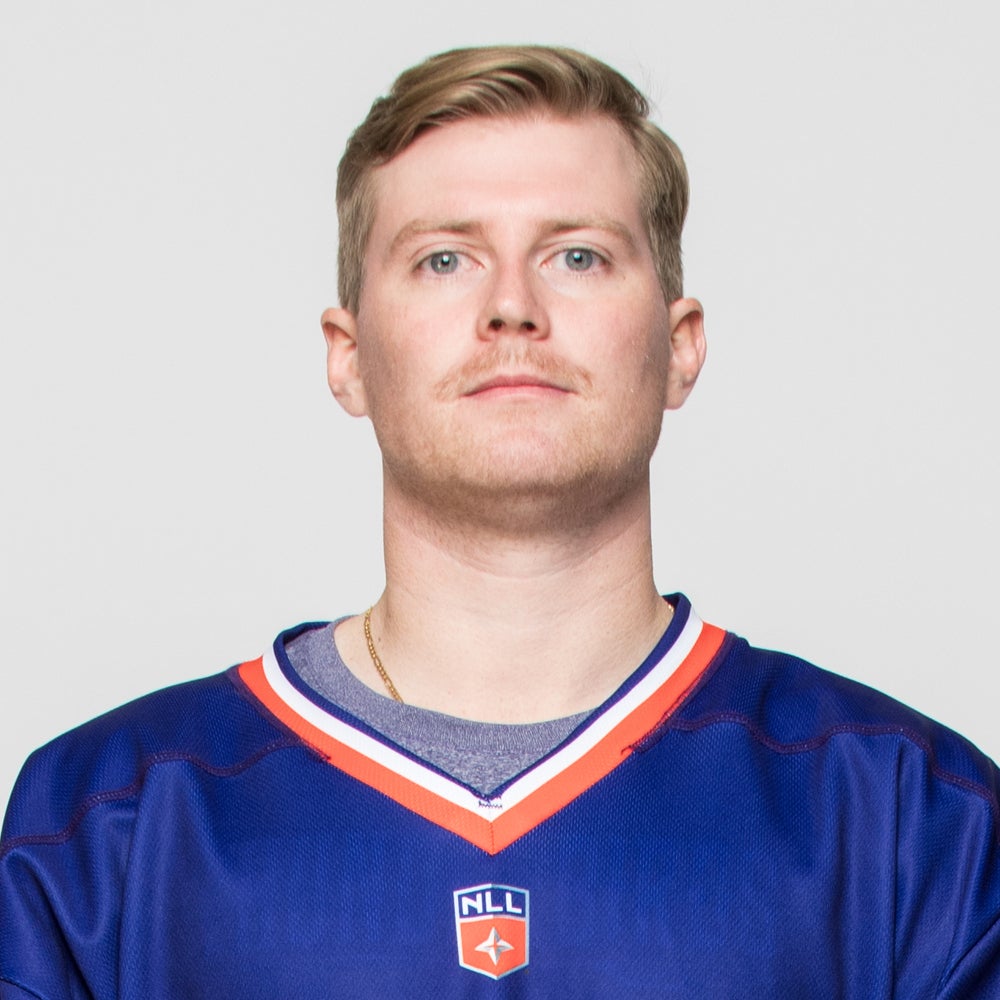 Completed his fifth season in the NLL and second with the franchise… In 2020 he played in 10 games scoring 8 goals and 23 assists…In 2018-19, he posted career highs in goals (15), assists (27) and points (42)… Picked up his 50th career point on 3/15/19… Scored his first two goals as a Knighthawk on 2/1/19… Picked up an assist in his Knighthawks debut on 1/19/19… At the time of his signing, Burke was leading the Paris RiverWolves in goals (six) and points (15) after three Arena Lacrosse League (ALL) games… He returned to Rochester after collecting five assists in two preseason games with the Knighthawks… In his NLL career, he posted 15 goals and 20 assists in 22 games… He spent his last two years with the Colorado Mammoth, where he collected 34 points from 2015-16… As a rookie, he appeared in two games with the Edmonton Rush and scored one goal during the 2013 campaign… The Rush selected the Brampton, Ontario native in the third round (28th overall) of the 2012 NLL Entry Draft… Since last playing in the NLL, Burke has competed in five pro seasons in Canada... From 2014-15, he was a member of the Southwest Cyclops of the Canadian Lacrosse League (CLax)… In 2014, he was voted the league’s Rookie of the Year and a First Team All-Star as he finished third in scoring… The following year, he notched 24 points (8+16) in six games… In 2017, Burke joined the Paris RiverWolves of the Arena Lacrosse League… In his first season, he posted 13 goals and 44 assists in eight games… In 2018, he notched 63 points, which included 25 goals in 10 regular season games en route to ALL MVP honors… The RiverWolves’ captain added 22 points in three playoff games as Paris advanced to the ALL Cup Finals… In 2018, he was named the co-winner of the Major Series Lacrosse Bucko McDonald Trophy after tying for the top spot with 68 points… Played his collegiate lacrosse at the University of Guelph… Named a 2012-13 Canadian University Field Lacrosse Association (CUFLA) West Division All- Canadian selection…. Won the Baggataway Cup in 2014.